Actually, you're already using Algebra, anytime you fill in the blank in a math problem. Only now, instead of a blank, we're calling it x or some other letter.

The word is kind of scary - Algebra - a lot of math words are.   There was this guy named Al-Khwarizmi who wrote a book titled Kitab wa al jabr al muqabalah which translates to "The Book of Shifting and Balancing".  Don't look for it in your favorite bookstore - not that great a book.  If you're not totally bored with this, you can find out more about the origin of Algebra at the University of North Dakota.  As I understand it, Al-Khwarizmi simply solves six different types of quadratic equations.  Quadratic is another word for square.  When you want the area of a square you multiply the length of a side by itself.  Or, you square on of the side lengths. Quad means 4 (the number of sides in a square) so a quadratic equation has a variable squared in it.

Anyway, the book was written about 2800 years ago.  The "al jabr" part of the title eventually became the word we use today.  And now we're kind of stuck with it.  So, no big whoop.  If they left it up to me - and surprisingly it seems they never leave it up to me.  We would replace it with "Place Holder Math" or maybe just call Algebra - Math 2, with Math 1 being Pre-Algebra.  it's much more descriptive and less intimidating.   Hopefully you noticed that I didn't use a roman numeral.  Our numbering system is better than the roman's numbering system - it seems like ignorant pretense to use roman numerals. 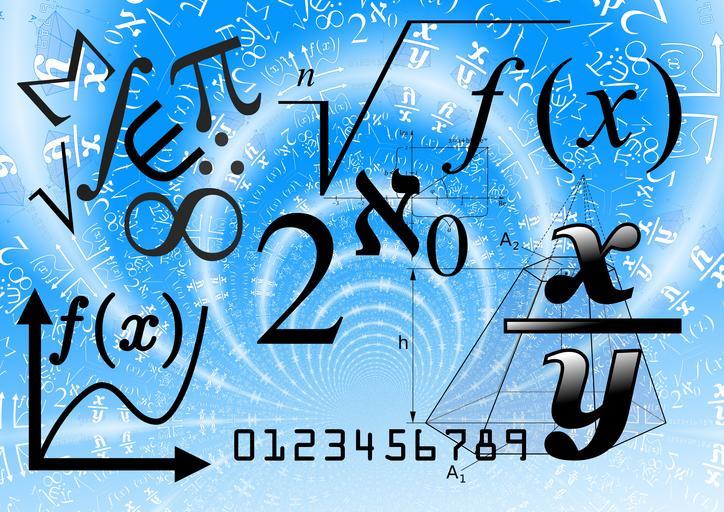 Where do we start?

In order to establish a beginning, we have to agree on what you know going into this.  The assumption is that you can add, subtract, divide and multiply numbers.  And you have a good understanding of fractions and decimals.  I will go into brief explanations to reinforce what you know - but, we should move kind of fast through that stuff.

I'm covering fractions in the first group primarily because a lot of people seem to have trouble with fractions.

What Part of Algebra Did You Not Understand?

There are many operations that fit under the same umbrella. Each of these link to more information, we're focusing on Algebra 1.  Most textbooks cover the following information:

0)  Numbers - The different types of numbers, and what to do with them.  Stuff, you hopefully already know.

1)  Rounding - Not my favorite subcategory.  There's a lot of different ways to round a number.

3)  Exponents - These are a few of my favorite things.  A level up from multiplication.  Here we are multiplying multiples.

4)  Scientific Notation - You may want to refer back to Exponents for this one.

5)    Expressions - Expressions are basically the same as equations except - there's no equal sign.  Set an expression equal to x and you've got a One Variable Linear Equation.

6)    One Variable Linear Equations -  Solving one variable equations is relatively easy.  (I keep saying stuff like that don't I?  If it was easy, why would you waste your time here?)

9)    Functions - Using f(x) instead of y, it's what happens in between input and output.  Input usually being letting one variable equal some value and that determines the value of the second variable.

10)     Quadratic Equations  Equations where the highest power of a variable is 2.

12)    Factoring  or Factorization or, as the British would say Factorisation.  Breaking an expression down into terms that, when multiplied together, form the original expression.  This is usually done to make finding solutions or roots, easier.

13)    Polynomials  A large parrot's nomials - just kidding - an expression with variables and/or coefficients where the variable has an exponent greater than 1.

14)    Absolute Value Functions or modulus.  An absolute value changes a term to a positive whether or not it started out as a negative.

15)   Matrices   A handy method of solving systems of equations as well as organizing and manipulating data.

16)  Geometric Sequence or Geometric Progression  It grows by squaring or cubing or taking it to some higher exponent.

17)   Square Root Functions  The reverse of squaring something.

18)   Cube Root Functions The reverse of taking something to the third power.

19)    The Pythagorean Theorem  a squared plus b squared equals c squared.

20)    Probability - Experimental and Theoretical  Odds are good you'll learn something.