Talk about your definitive Free Math Games Online!  Actually - I'm working on it.  You are currently in the aMAZEing Maze.  But, at the end of this page I will also talk about other free mathematics games you can find online.  People who miss a question in the maze end up at one of these type sites.  To make it more interesting, I also cover a subject related to mathematics

What about Free Math Games Online?

If you are at an Algebra 1 level or above, then I really hope you will try the aMAZEing Math Maze.  Not what you had in mind?  It's my version of a Free Math Games Online.  I am continually working on this Maze to make it better, and have some exciting plans in the future for the Maze.  But enough about that.

Would it interest anyone to know that Free Math Games Online is different than Free Online Math Games?  Well, it's true.  Of course, if you go to free online math games you'll find similar information to what I am supplying here.  It is at that site that I recommend you go to a site put up by the National Council for Teacher's of Mathematics  where there is a game involving nets.  Pretty cool.

But - you're probably looking for explosions and such.  And, I admit, I enjoy those games as well.  I used to have a link to some of them, but the sites that hosted them would periodically take one game down presumably to replace it with another.  This gave me broken links and a lot of frustration.

In addition, most (if not all) of those games allow a person who knows the math, to get their answers quicker.  My goal, with this site, is to teach you the math you don't know.  But, if anyone has an idea of a math game that I could use at this site - I would be willing to consider it.  I would even be willing to pay you a percentage of my income from that page.   Use the contact form, and we'll talk. 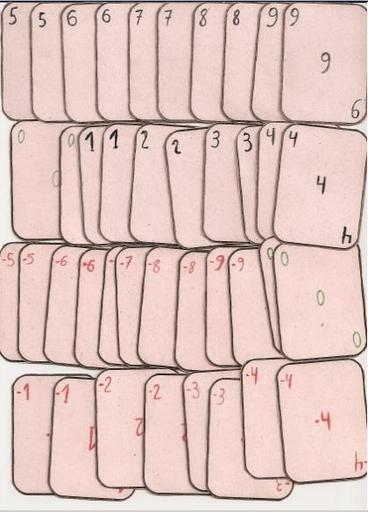