Functions and the aMAZEing Math Maze

Ah, if you're here - I assume - you're having difficulties with functions.  They are, admittedly, a bit weird.  I will get to you're follow up question in a moment, but first let's talk about functions a bit.  They are really handy, and you'll be seeing a lot of them.

Why do we need functions?

We are replacing the y in a formula with f(x).  So, instead of y = 2x + 7, we'd like to start using f(x) = 2x + 7.  We are doing this because there's a lot of interesting things we can be doing with formulas, and some of them are less confusing if we used this notation.

If this still makes no sense, there's more explanation at Math Is Fun.

Why did I miss the original question?

Sure - right to the point....  Remember in the original questions, there were four possible answers.

The quadratic form of the equation would be f(x) = ax2 + bx + c. Wow, we could spend some time here. But this isn't the right answer either. There are no values of a, b, and c that would generate the number of rabbits for that number of months. The third answer is of the form f(x) = ax + b.

Whew - that looks complex.  But we're really approaching this backwards.  Look at the data.  At 0 months how many rabbits do we have?  Remember that any number to the power of 0 equals 1.  That's encouraging.  How many rabbits in the first month?  3 - so if a = 3 then 3 to the first power is 3 - that works.  Our equation becomes a fairly simple ...

So, we can see that the number of rabbits increases exponentially!

Still confused?  It would have only taken a few seconds to graph this data. 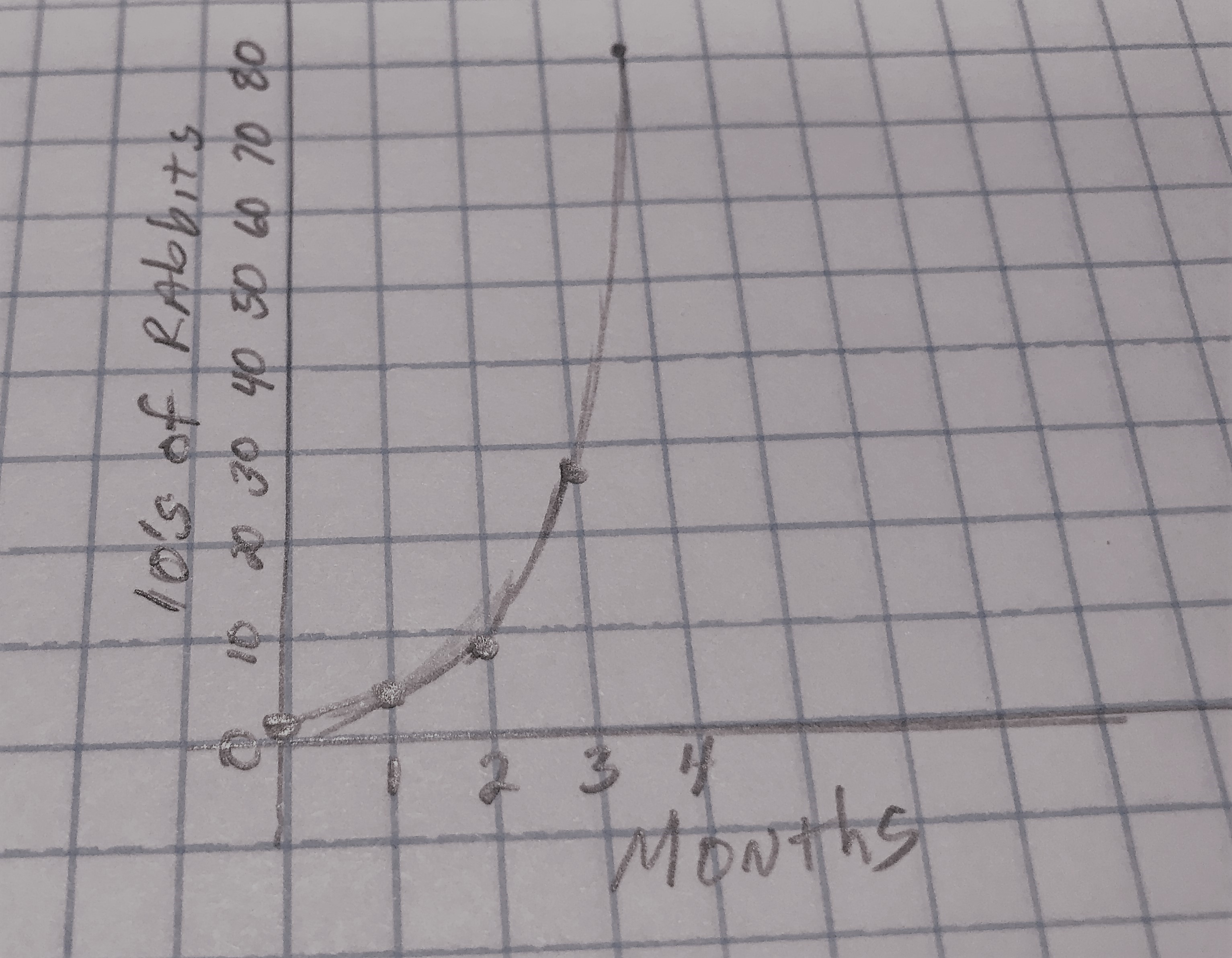 I think it shows that this graph did not take me much time to create.  Yet it demonstrates and extreme increase in number of rabbits each month.  You might say that the growth rate is exponential!

Answer D?  Absolute Value -  I'm hoping no one used that answer  if it were an absolute value equation, then we'd also produce three rabbits at negative one month.

So, the correct answer was C.  And yes, I have noticed that a disproportionate number of answers seem to be C.  Don't count on that to help you with a real test.  There are several good apps that would have given you really pretty graphs if you would like to download them to your phone.

What type of function would represent this data?