The words inequality mathematics or simply means not equal - no really, check it out at dictionary.com, and (unfortunately) no - I don't get paid when you click on that.  We're going to talk about the 5 basic symbols.  Working with them is fairly straight forward.  You treat them pretty much like you would an equality with one exception.  If you multiply or divide both sides of the relationship by a negative, change the sign.

The  Symbols of Inequality Mathematics

Sounds like the title of a documentary doesn't it?  The symbols are:

> which means greater than.  Lots of ways to remember this, something about alligators and crocodiles comes to mind.  But, let's go with this method.  Notice how the two lines start out far apart and join to a point.  The distance between the points to the left of the symbol is 'greater than" the distance between the points to the right of the symbol.  So, 8 > 3 says that eight is greater than three.

Same thing with < - the points start out touching and then get farther apart.  So the distance between the points starts out "less than" where they end up.  So 3<8 means three is less than eight. 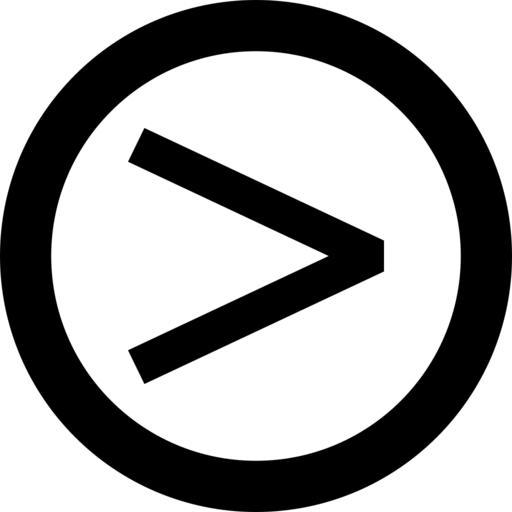 To solve 3-x < 10, I would first subtract 3 from both sides yielding -x < 10.  Now comes the tricky part.  I have to multiply both sides by negative 1 in order to change my -x to a positive x.  But, if I multiply or divide by a negative number I have to change the sign.  So I end up with x>10.

Good question.  Let's try it without variables and see what happens.  This is always a good idea to make sure you are remembering a rule correctly.  Try it with real numbers.

Did you see how that worked?  We have to change the symbol if we want to keep it correct.  Negative 3 is greater than negative 8.  I'd rather owe 3 dollars than owe 8.

Why?  and how do I handle 3 expressions?

Why do we have to bother with inequality mathematics.  Sometimes you just want to know you have at least so much stuff and that it doesn't cost more than you have to pay for it.  Inequality Mathematics is super easy - it's exactly like equality mathematics except for dividing and multiplying by a negative number.