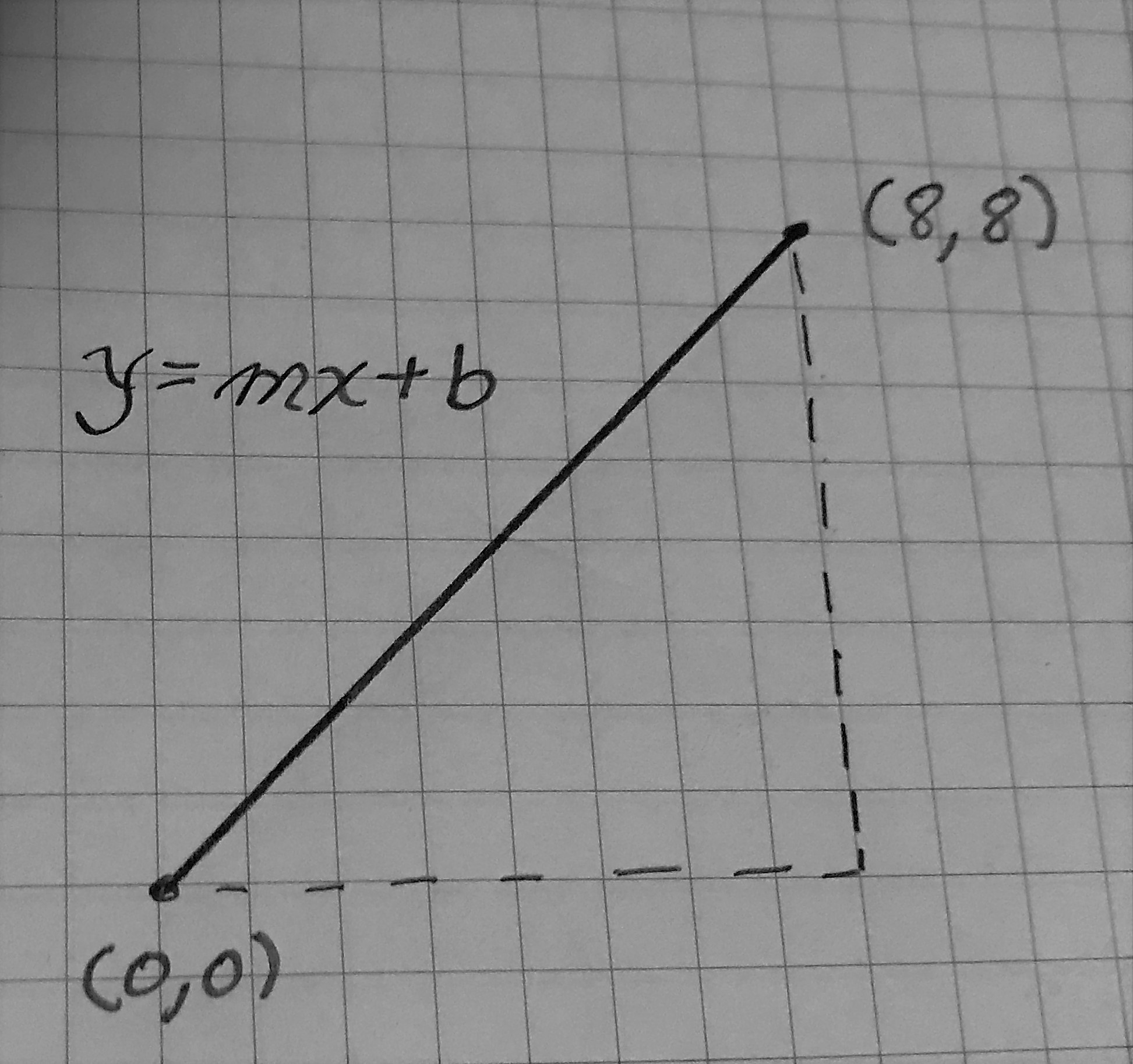 Hello - welcome to Linear Algebra.  First we will discuss the answer to #13a in the aMAZEing Math Maze, then we'll ask question #13b and finally we'll talk bit about Linear Algebra specifically.

As you may recall, we had Bob running around with a jar trying to catch lightning bugs.  Bob caught 7, Pete had 18.  Bob was catching 2 per minute Pete catches one per minute.  Assuming they keep catching lightning bugs at the same rate, how many minutes until Bob has the same number as Pete?

If you graphed both equations, they would intersect at t = 11.

Linear algebra is the study of straight lines and the formulas that make them.  All linear equations can be put into slope intersect form, which is y = mx + b.  In this equation y is the dependent variable (meaning it's value depends on the value of x).  The m stands for slope (we're not sure why, the most convincing reason I've seen is that the m stands for modulus as in "modulus of slope.")  Of course, this begs the question what does modulus mean, I'll let you use the dictionary for that one.

There are a couple of ways to determine the linear equation of a line.

On Point and the Slope - Even easier, you put in the coordinates of the point for x and y and solve for b.