Quadratics and the Math Maze

If you searched for quadratics, we'll talk about it at the end of this web-page.  But, it's more likely you're here because you've just correctly answered question 13 of the aMAZEing Math Maze!  If so - good job!.

What the heck, let's just jump right in with Question 14.  On this one, we want you to simplify the following expression. 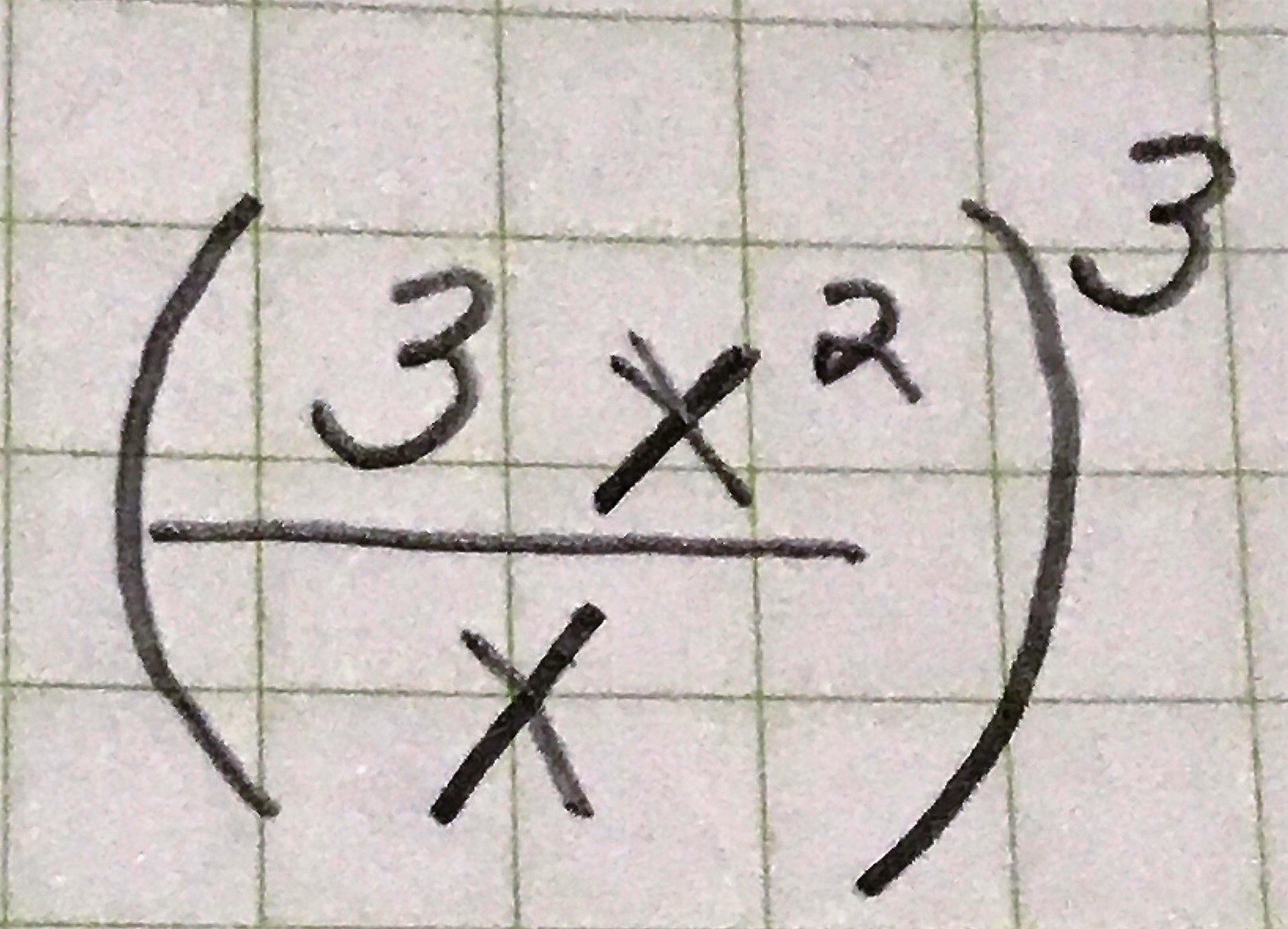 The problem is in the picture.  If I were to put it in text it would look like ((3x^2)/x)^3.  Not nearly as pretty, but - at this point in time - it's at my current level of website building competence.  Which brings us to the possible answers ...

The term usually refers to an equation with 2 being the largest exponent.  In latin the word quadratus refers to a square.  So, a formula with a square in it, or a power of 2,  The word by itself is seldom used.  It is usually combined with the word formula, or equation.  When graphed these equations form a parabola.

Some interesting things.  The parabola is symmetrical, meaning that each side of the middle line is a mirror image of the other side.  That middle like is called an axis of symmetry.  Assuming your quadratic equation is written in standard form ...   f(x) = ax^2 + bx  + c.  The axis of symmetry exists at x = -b/2a.

Notice that the two formulas are taken from the quadratic formula.  In the quadratic formula we are looking at the square root of b squared minus 4 a c.  If it's negative, then we're ending up with a negative under the radical - an imaginary number.  If it's zero, then there's only one real root because there is no plus or minus zero.